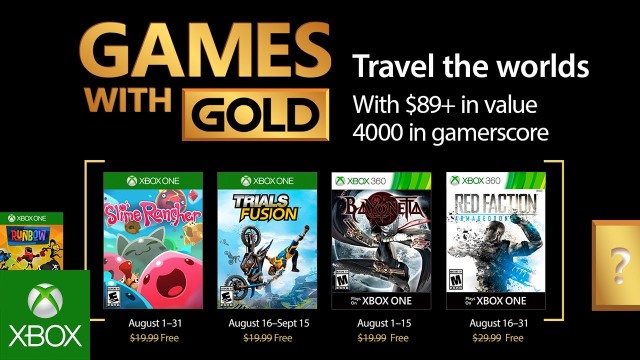 August ‘s 2017 Games with Gold lineup for Xbox One includes: Slime Rancher and Trails Fusion. For Xbox 360 owners (and through Xbox One backward compatibility), August kicks off with Bayonetta, followed by Red Faction: Armageddon.

For more news, and in-depth reactions check out our podcast:If you don’t already, you can subscribe using one of the handy links below:
iTunes –  Google Play – Stitcher – Podnova – RSS Feed

One thought on “August 2017 Games with Gold”