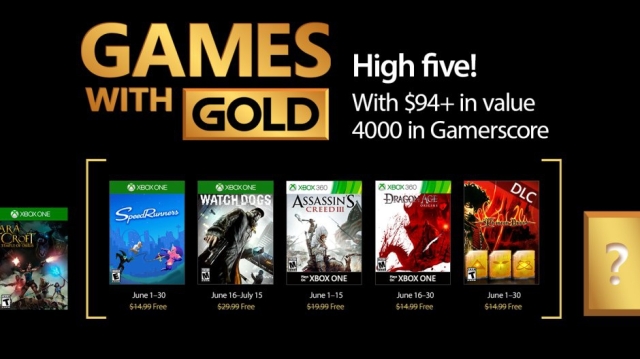 On Xbox One we’ll have the competitive racing game Speedrunners available from June 1 – 30 followed by the open-world hacking adventure of Watch Dogs from June 16 – July 15. On Xbox 360, and on Xbox One through Backward Compatibility, explore the American frontier in Assassin’s Creed III from June 1 – 15 followed BioWare’s classic fantasy RPG Dragon Age: Origins on June 16 – 30.

All games will be available for a limited time only as part of Games with Gold, so get Xbox Live Gold today to get in on the action!